The Johnson administration excluded any media from the area of Sheila’s March 11, 1965 sit-in at the White House, so the only photo we’ve found of the protest inside the White House comes from the archives of Johnson’s Presidential Library: 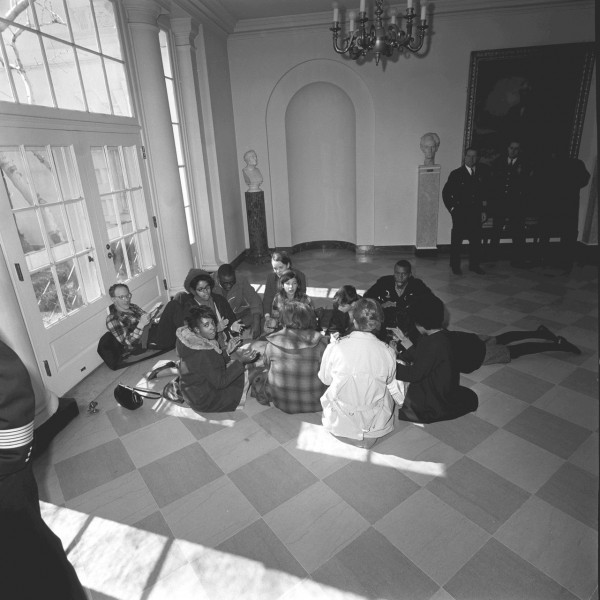 — From “March 11, 1965. Twelve protestors stage a sit-in demonstration at the White House in relation to civil rights.” posted to “LBJ Time Machine“, a Tumblr run by the LBJ Presidential Library

Sheila’s partially obscured but still recognizable in the center back of the group: 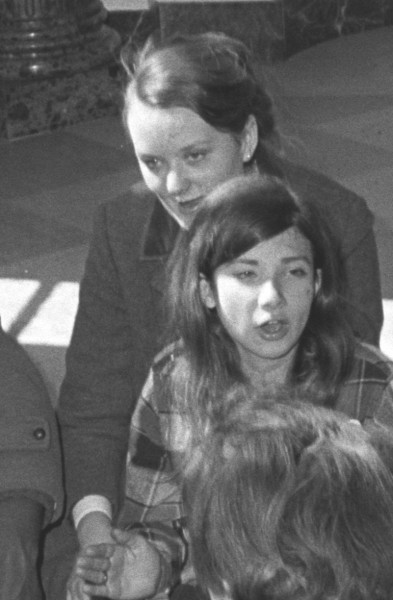 Update: The LBJ Library posted a second picture from a different angle: 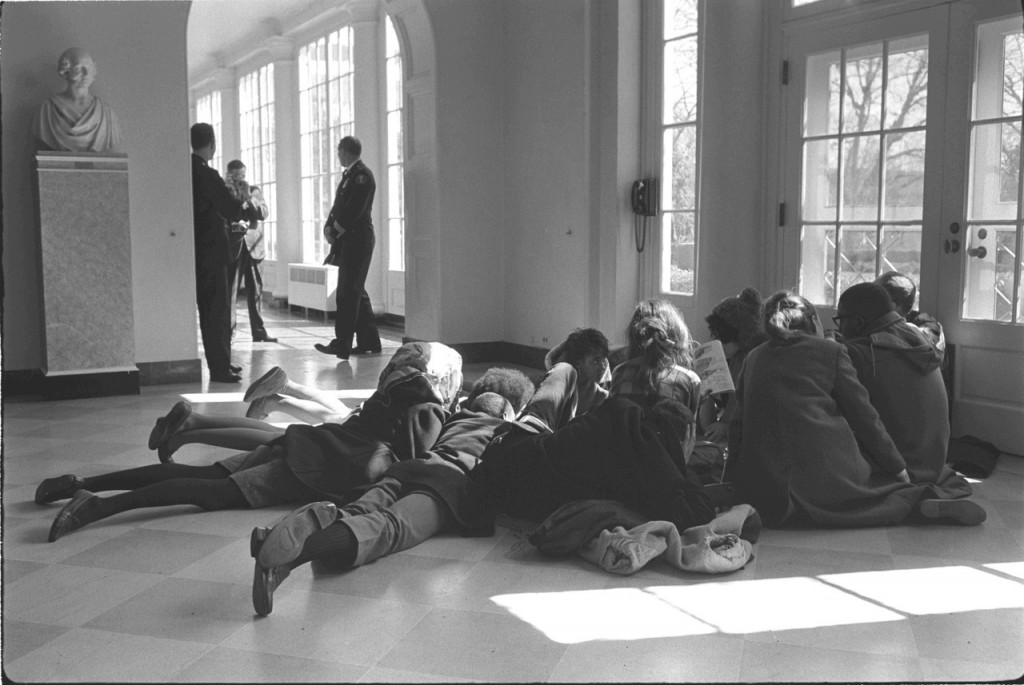 Second Update: Another area of the LBJ Library’s web site has these in higher resolution, and adds a third photo, taken before the other two, while they were still sitting in the Center Hall outside of the library. 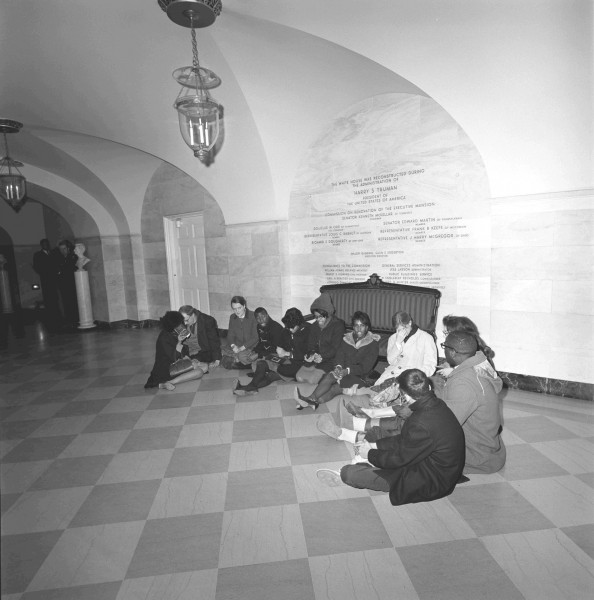 Here’s a close-up of Sheila: 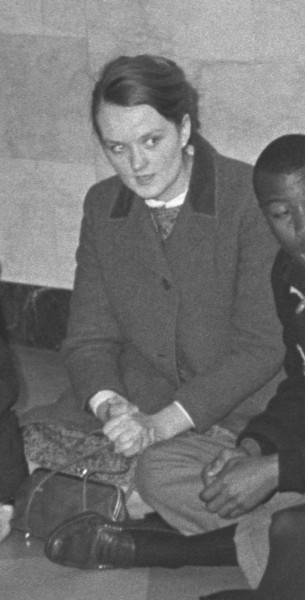 There must be more photographs from this sequence in their archive.