Jennifer Havens spoke at Sheila’s memorial about her accomplishments at the Special Needs Clinic:

(Unfortunately, this is an audio-only recording.)

(Unfortunately, we only have video for the final seconds of the speech, and there’s a small gap near the end where the recording was interrupted.)

Imoite Omulepu spoke about Sheila’s pivotal role in her extended social network of friends and family:

Andy Marx made these comments at Sheila’s memorial:

For Sheila’s memorial, Shana Blake Hill recorded this version of “Danny Boy” by the ocean shore:

At Sheila’s memorial service, her brother-in-law Stuart Hanlon talked about Sheila as someone who led by example and taught valuable lessons to those around her:

Caitlin spoke beautifully about her mother at the memorial service: 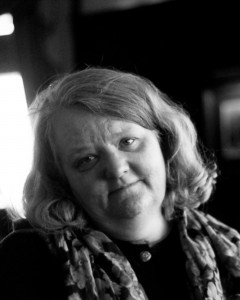 Sheila was born in Oxnard, CA in 1945. Her father, John Lawrence Ryan, was a civil engineer who spent World War II building airstrips in the Pacific, then worked on dams and highways when he returned to civilian life. Her mother, Margaret Patricia Mullen, was a schoolteacher. Her parents went on to have three more children, Margaret, John, and Kathleen. After Oxnard, the family spent a few years in Peterborough, NH, before moving to Braintree, MA, where her childhood was, in Sheila’s words, “very, very happy.”

Her academic successes won her a full scholarship to Catholic University of America in Washington D.C. where she majored in philosophy, and it was there that her compassion first drew her into political activism. When she was just eighteen, a desegregation campaign in nearby Cambridge, MD, erupted into violence, and Sheila joined the protests, enduring tear gas for the first time. She began volunteering at the Student Non-violent Coordinating Committee’s D.C. office, and went to Mississippi for the Freedom Summer efforts to help African Americans register to vote.

In March 1965, in the wake of police in Selma brutally beating voting rights marchers, Sheila helped to lead the first ever sit-in at the White House, going on an official tour with eleven other young protestors until they reached the East Hall, where they sat down and sung “We Shall Not Be Moved,” demanding to speak with President Johnson about Selma. After seven hours, the protestors were arrested and dragged out by police. Sheila was later sentenced to six months in the Washington Women’s House of Detention, where she continued her activism, staging protests and organizing an unsanctioned prisoner-to-prisoner literacy program.

During a delay after sentencing, while she was finishing her college degree, Sheila became involved in the Students for a Democratic Society, and began writing articles for the Washington Free Press, an “underground” newspaper. In early 1968, shortly after being released from jail, she traveled to Cuba with SDS, then returned to write about what she had seen, publishing in the Free Press and in a new alternative press agency called Liberation News Service.

In the summer of 1968 she joined LNS and moved to New York, where she met George; they fell in love, and were married a year later. Their honeymoon included a trip to the Middle East, where they wrote articles for LNS from Amman, Jordan. They went back to the Middle East the next summer and stayed for more than a year, sending home detailed reports from the Jordanian civil war.

They returned to New York in the middle of 1971, shortly before the birth of their first child, Matthew. Two years later, Daniel was born, and then Nathaniel in 1977, Joseph in 1980, and Caitlin in 1981. When the kids were young, Sheila convinced George to go on a canoe camping trip. Although she had never been canoeing, she had read a few books and was confident they’d be able to figure it out. Sure enough, they did, and the entire family went camping and canoeing nearly every summer for the next four decades.

From 1975 through 1982, Sheila led the Palestine Solidarity Committee, which helped to spread public awareness of the plight of the Palestinian people. She also returned to the Middle East multiple times for research and reporting, sometimes bringing her children. In the 1980s, Sheila helped organize the National Emergency Committee on Lebanon and the Middle East Peace Network, and wrote a book, several book chapters, and innumerable journal articles on Palestinian and Middle East issues, as well as co-hosted a WBAI radio program on international affairs.

In 1990, Sheila returned to school, earning simultaneous Masters degrees in Social Work and Public Health from Columbia University. An internship placement led her to the Special Needs Clinic, which had just been launched to provide support for children and families affected by HIV/AIDS. She spent the next twenty years as the clinic’s program director, mentoring the staff and providing psychotherapy to both children and adults.

In an interview in 1999, she described the clinic’s patients in a way that suggests parallels to the concerns of her earlier activism: “These are people whom the system considers expendable. They’ve been beaten down and traumatized, their families have been torn apart. And still they won’t give up. Their will to survive—not just in a physical sense but as human beings—is inspiring.”