From 1978 to 1989, Sheila worked with George on Claremont Research and Publications.

Claremont Research ran a clipping service called Mideast Press Report that collected press reports about the Middle East, indexed and summarized them, and sent out a binder full of photocopies each week to interested subscribers. As the Institute for Palestine Studies described it:

… articles from over 80 publications, including the major US, European, Israeli and Arab English-language press … are contained in Mideast Press Report, a weekly clipping service of Claremont Research and Publications in New York.

Sheila wrote the news analysis section of Update: Mideast every month, as well as a weekly news analysis for subscribers of the Mideast Press Report.

Every week she would read through hundreds of newspaper and magazine articles clippings about the region, come up with a mental synthesis of what it all meant, and sit down at her Selectric typewriter and bang out several pages that coherently summarized everything that had been reported that week, just in time for her report to be photocopied and express-shipped to various organizations and international clients who relied on this service to stay abreast of how their region was being described in global news reports.

As one example, the Iraqi National Library in Baghdad had a subscription for a while, although when they re-indexed their remaining holdings after the chaos and destruction of the war, they seem to have only retained a dozen or so issues from 1981: 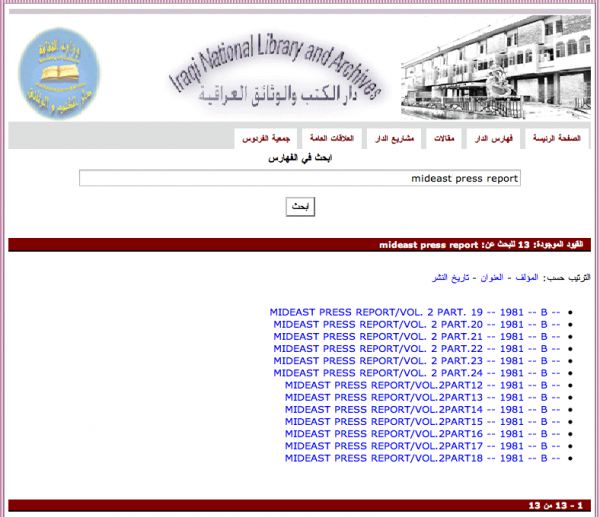