Photographer Jeff Blankfort remembers Sheila having private criticisms about the leadership of the P.L.O. that she was reluctant to share:

Re the Palestinian question, on my first trip to the Middle East in 1970 with the two founders of Liberation News Service, Sheila Ryan and George Cavelleto, we generally had a negative image of Yasser Arafat, but felt, at the time, that it was not our business to be deciding who should lead the Palestinian people, particularly when most Americans knew little about the Palestinians in the first place.

He later felt that Sheila’s Palestine Solidarity Committee was too closely aligned with the P.L.O.

When Steve Zeltzer and I founded the Labor Committee on the Middle East, in response to the failure of the Palestine Solidarity Committee to relate to that important issue, and its unwillingness to criticize the Histadrut (the Israeli Labor Federation) among a number of its failings, and became, despite our relatively small numbers, the most active group campaigning for Palestinian rights, we still maintained our distance from Arafat.

This report was filed by Sheila and George as LNS’s foreign correspondents in Amman, and appeared in the November 19, 1970 packet from LNS: 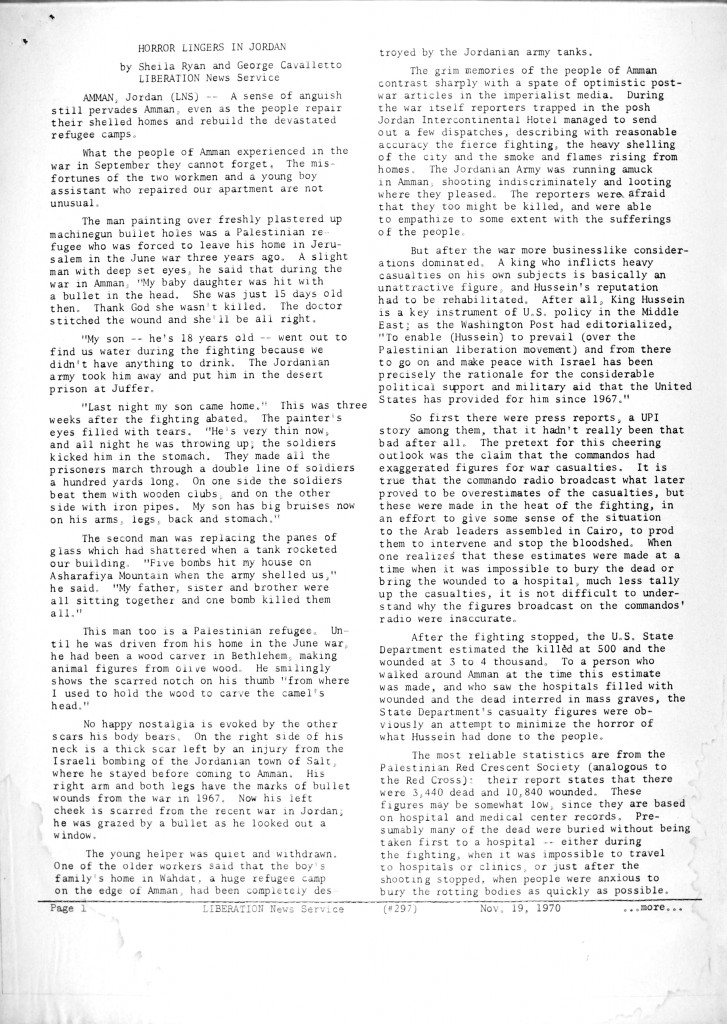 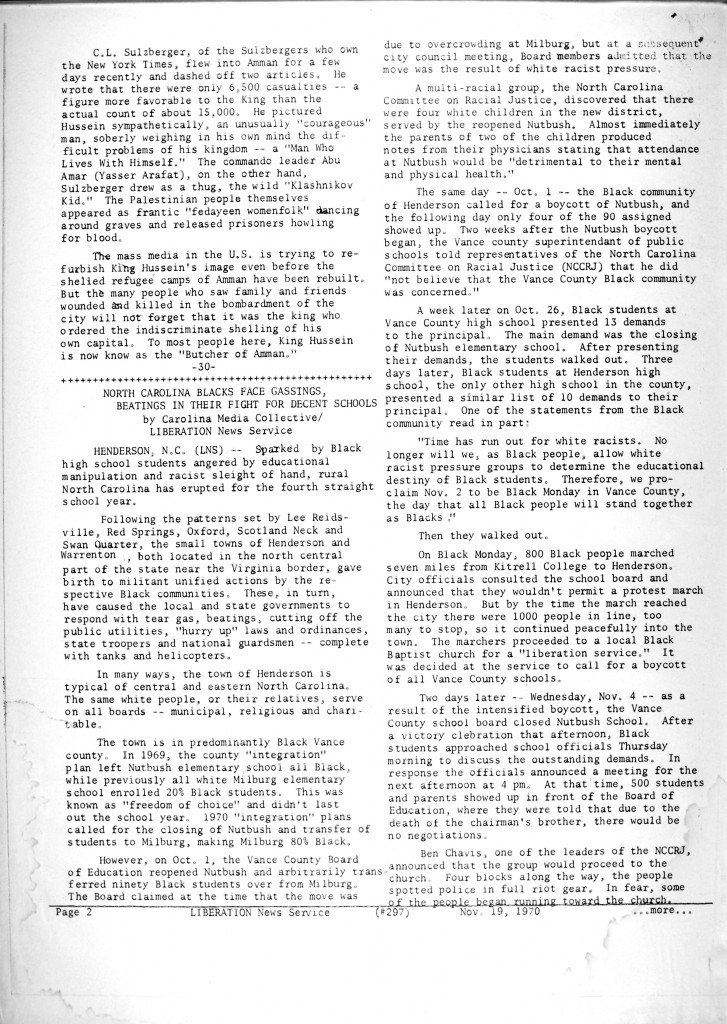 Sheila and George co-wrote this report from Jordan in 1970: 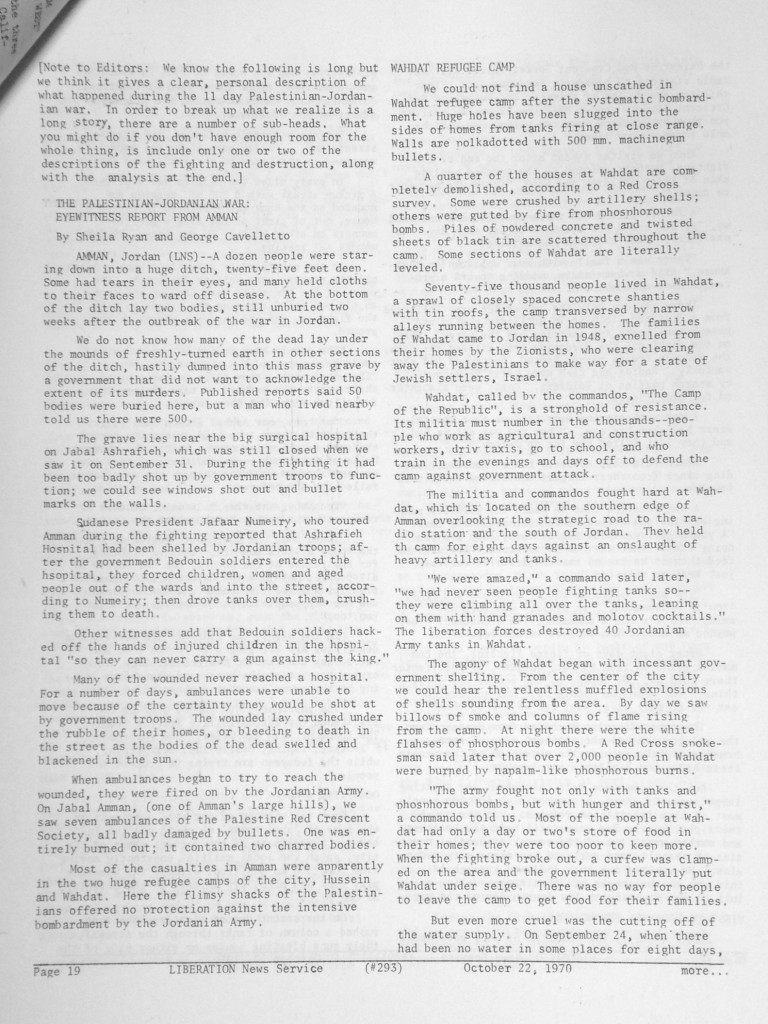 END_OF_DOCUMENT_TOKEN_TO_BE_REPLACED

In June 1970, Sheila and George left New York for the Middle East. The trip was partially financed by the advance for a book contract. The book was written, but never published.

Cited as “Palestine on the Brink of People’s War,” Sheila Ryan and George Cavalletto, unpublished manuscript, 1970.

Sheila reported this story from Amman: 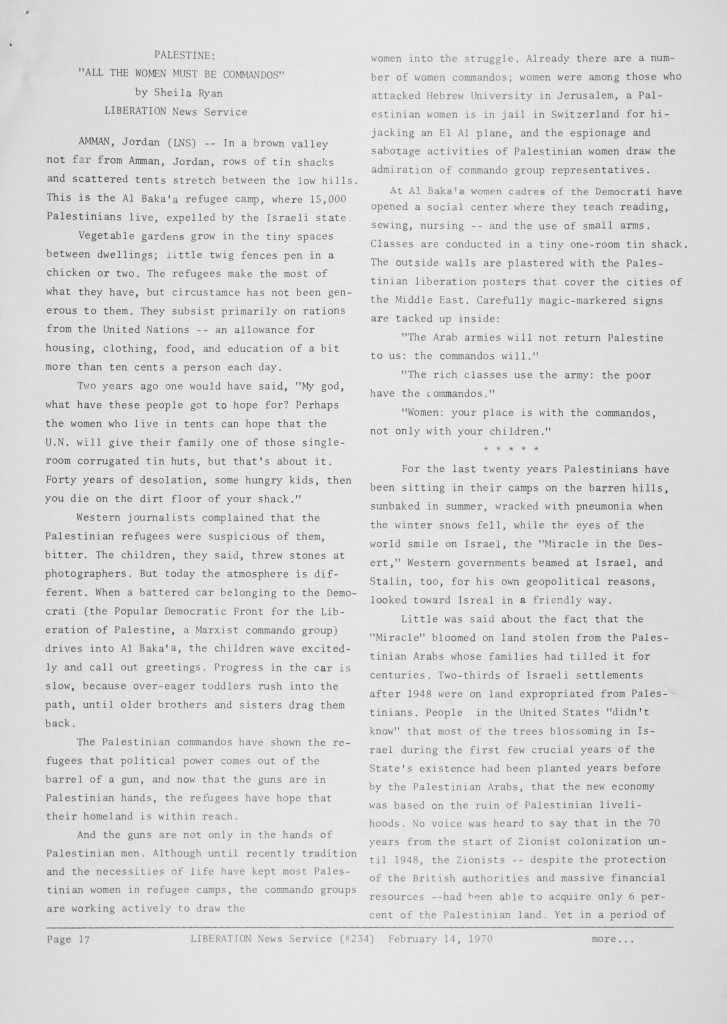 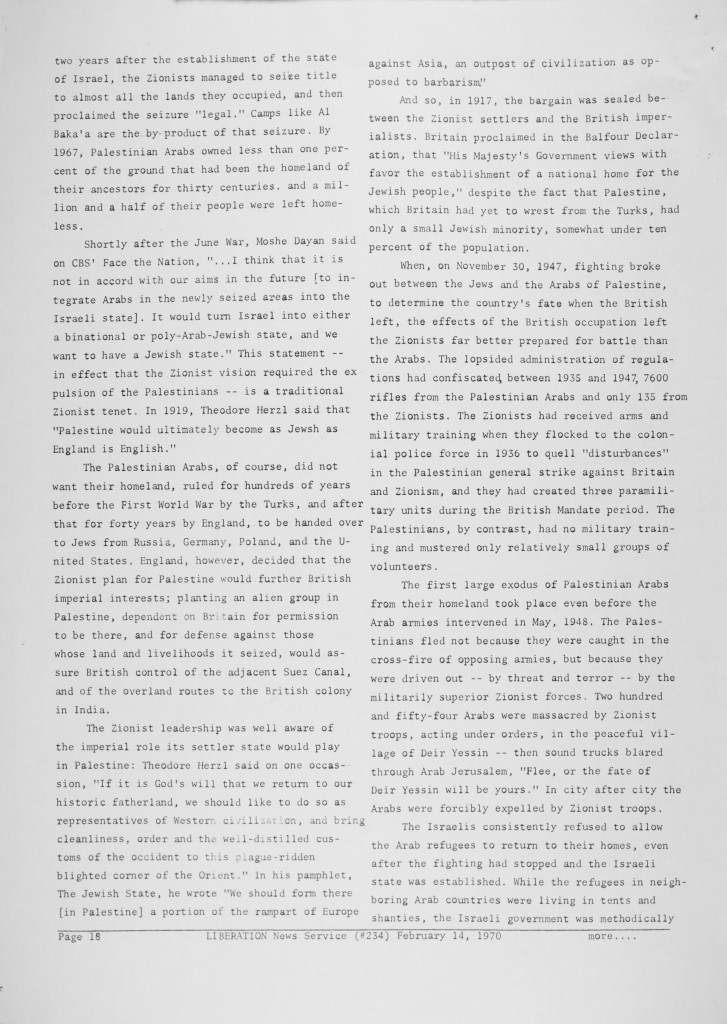 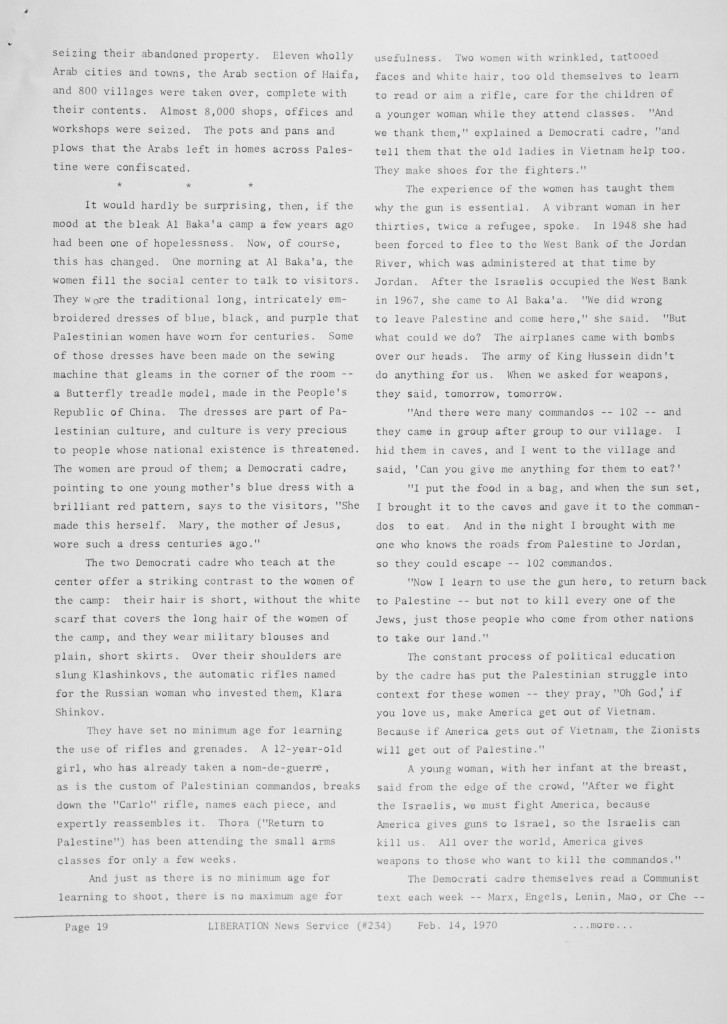 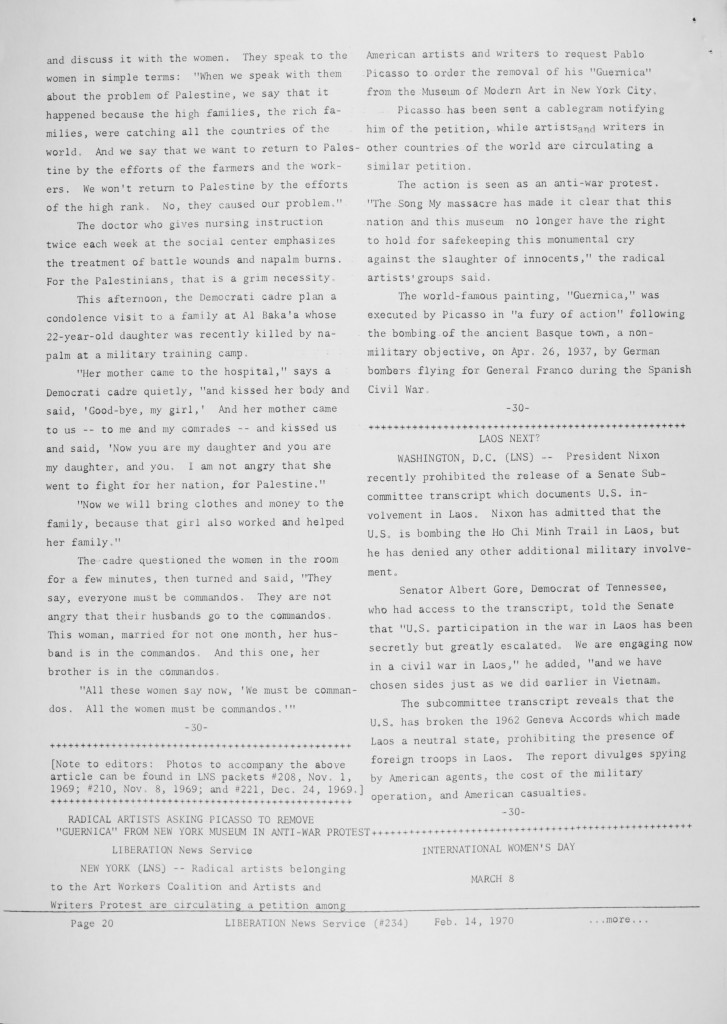 The FBI seems to list Sheila as part of the Venceremos Brigade to Cuba in early 1970,  under an alias, “Sheila Maria Ryan”. 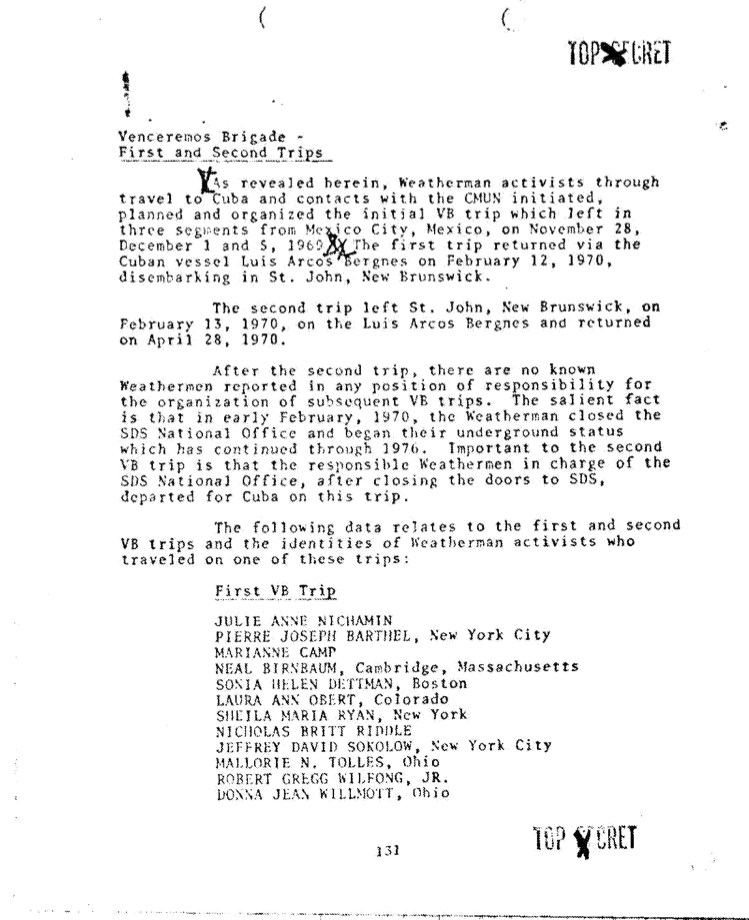